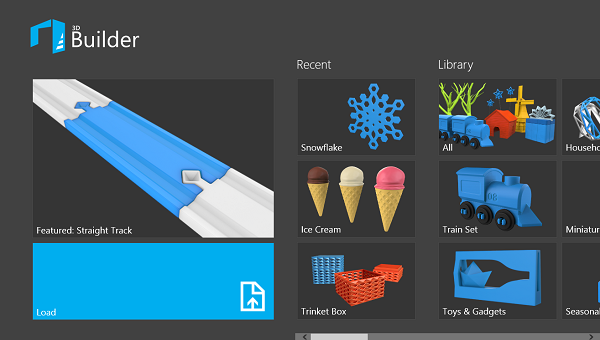 According to Microsoft, 3D Builder has a catalog of objects or templates you can create from ornaments to toys and more. The clean, simple user interface of the app lets you scale, rotate and adjust what you want to print. User can add multiple objects to a single print, or even stack or push objects into one another to create new ones. In addition, 3D Builder app also supports the printing of 3D objects created in other applications or ones that are downloaded from the Internet.

In other words, with 3D Builder, user can view, prepare, and print the 3D models on Windows 8.1-ready 3D printers. Its features include:

3D Builder app can be downloaded from Windows Store.