In Windows XP, there is an interesting arcade game called 3D Pinball, which comes built-in with the operating system for free. The pinball video game in Windows XP has the full name of 3D Pinball for Windows: Space Cadet, and is licensed from the pinball software collection Full Tilt! Pinball developed by Cinematronics and published by Maxis in 1995 with only Space Cadet table.

3D Pinball: Space Cadet had been packaged with Microsoft Plus! 95 and later included in Windows NT, Windows Me, Windows 2000 and Windows XP. Windows XP is the last version of Windows OS that bundled with the free pinball simulation game, and the Pinball game has since been removed and dropped from Windows Vista and Windows 7. 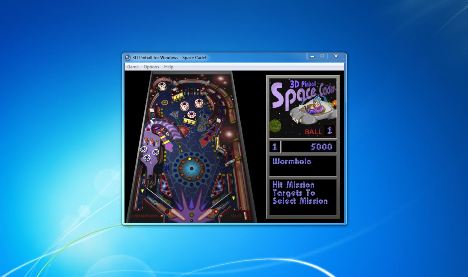