After a long wait, Microsoft has finally identified 11th May 2009 as the official release date for its latest Windows Mobile 6.5, in conjunction with TechEd 2009 conference. During the session, IT professional and developer will be given a demonstration of the operating systems and a list of planned changes. 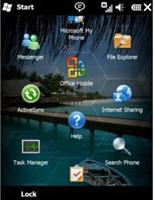 The TechEd visitors also have the option to attend separate session on version 6.5 topics such as touch, gesture commands and monetize program that help developers to sell windows phone application through Windows Marketplace. Based on the earlier Microsoft announcement, the latest Windows 6.5 is targeted to minor updates that focus on changes to the user interface and its Touch friendliness.