We have full resources of entertainment media surrounding us in this techno age. One can easily download his favorite movie, song, TV drama, etc from the internet. However, users usually face a common problem with these interesting media files – the format compatibility. The media file downloaded probably can be played on the computer but not so much in other devices such as mobile phone, portable media player, MP3 player, etc. When encountering this problem, the best solution to resolve your media format compatibility problem is to seek help from some media converters. Media converters can convert the unsupported format to the supported format for your entertainment pleasure. There are a handful of free media converters available which users can download and use.

The converter features a simple and easy to use interface where users can find all the conversion options within the interface. Besides the conversion feature, Format Factory also can repair damaged video and audio files and reduce the multimedia file size. This application has lately unveiled its latest Format Factory 2.0 which has shown some significant changes:

Format Media supports more than 50 languages and works well in all Windows OS platform only. Users can download it via the direct link here. 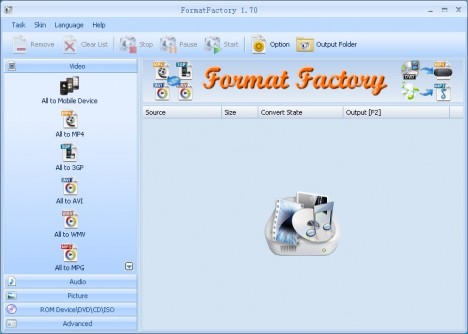 Quick Media Converter is another free yet powerful and feature-rich universal video and audio conversion program. Developed by cocoonsoftware, this application has existed in the industry for some time. Simplicity and user-friendly is the main focus and emphasis of this media converter. Users are given both easy mode and expert mode to handle this application. Non-tech savvy users who opt for the easy mode can easily convert their media files by dragging and dropping them onto the application to get the work done. Skilled users who opt for the expert mode can play around with the built in features to customize the conversion settings such as cropping bitrates frequency rates, sizes, aspect, etc. 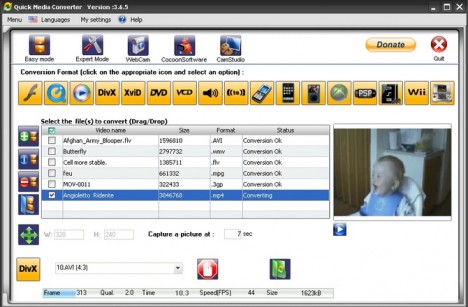 Mediacoder is an open source video converter which supports video and audio conversion to and from for various media format. Users can find new features and new conversion formats added to it from time to time to support the new devices. Mediacoder proclaimed itself as the “swiss army knife for media transcoding”. Unlike Format Factory and Quick Media Converter which only support Windows OS only, MediaCoder is available on all platforms inclusive of Linux and Mac. The key features of this converter are as follow:

The supported formats include: 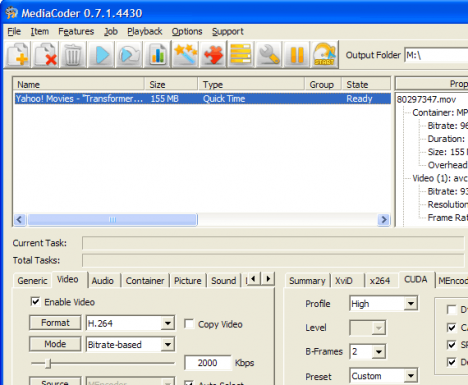 Support only for Windows OS, Super is another simplified universal player encoder and render. Technically this program acts as a graphical front end tool for the many powerful command line tools such as FFmpeg, MEncoder, MPlayer, x264, musepack, monkey’s audio, true audio, wavpack, ffmpeg2theora and the theora/vorbis RealProducer plugIn. Super supports a large number of video and audio formats such as DIVX AVI, MOV, MPEG, flash video, real media, PSP video, 3GP, etc. Unlike other media converters, the user interface for this conversion tool is a bit messy and cluttered. Users need to spend some time to explore and familiarize themselves before using it.

HandBrake is another open-source and multiplatform media converter support Mac, Linux and Windows. This application available in both graphical and command line flavors. This converter is more suitable for people who want to encode video from DVDs to other formats.

Similar to HandBrake, Any Video Converter is also a video converter which can convert video files to various formats. This application supports input formats such as avi, asf, mov, rm, rmvb, flv, mkv, mpg, 3gp, m4v, vob, YouTube videos, and others. It can convert video files to output formats such as avi, mp4, wmv, flv, MPEG-1 and MPEG-2, mpg (PAL or NTSC), mp3, wma, ogg, aac. The plus point for this converter is users friendly and fast converting speed. The Any Video Converter would be suitable for Non-tech savvy users due to its easy to use advantage. Users can download Any Video Converter (AVC) via the link here.