The Taiwan based computer manufacturer, Acer has recently announced the availability of its new smartphone named as Acer F1, which powered by the blazing fast 1GHz Qualcomm Snapdragon CPU. The F1 smartphone will be limited to 800 MHz which although lower than computer standards but it should be sufficient for run a phone without a hitch. In addition, the Acer F1 smartphone will run Windows Mobile 6.5 operating system and will come with an Acer Suite 2.0 UI and will have ATI graphics. 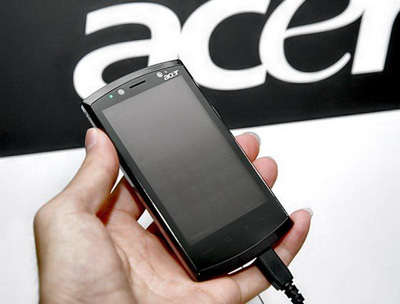 The Acer F1 measures just thickness of less than 12mm and will be re-named closer to its release. The phone is expected to launch in September but the price has yet to be announced.