The Taiwanese computer manufacturer, Acer has recently released the details of its three new Timeline notebooks, which are AS5810TZ-4657, AS4810T-8480 and AS3810T-6415. The ultra portable notebook has been improved with Intel’s new CULV platform. 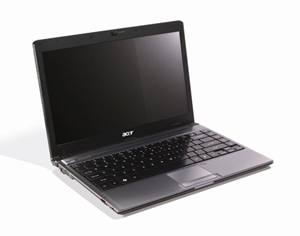 The AS5810TZ-4657 notebook is the largest and least expensive of its new Timeline notebooks. Featured with a 15.6-inch display, the AS5810TZ-4657 notebook is also equipped with a webcam. It powered by 1.3GHz Pentium, comes with 3GB of memory, a 320GB hard drive, internal DVD burner and has built-in Timeline series multi-touch TrackPad. Besides, it supports Wi-Fi and HDMI output.