Acer has officially announced its latest Android 2.1 Éclair based smartphone which is aimed to the users who look for the best entertainment, named as Acer Stream. According to the company, Acer Stream is a high-end multimedia smartphone which is optimized for watching movies, listening to music and enjoying web browsing like at home. 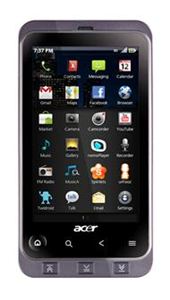 The availability and the price of the Acer Stream smartphone is not yet announced. And it’s likely that it may release, or has upgrade to Android 2.2 Froyo.