The Taiwan based computer manufacturer, Acer has recently announced the availability of its two Tempo series smartphones in the mobile phone markets, which are DX900 and X960. Both of the Tempo smartphones feature a sensitive touch screen and runs on Windows Mobile 6.1. 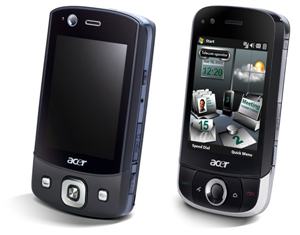 Both of the smartphones are currently available in Europe, the Middle-East and Asia Pacific.