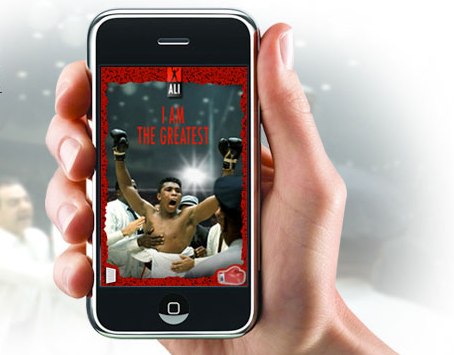 “Muhammad Ali is a beloved worldwide figure, consistently ranked as the most recognized athlete in the world,” said Kelly C. Hill, Licensing Director of MAE. “We’re always working towards greater fan interaction through new media, and the Jab app adds substantially to our array of offerings.”

“With Ali’s Greatest Jabs on the iPhone and iTouch, we’re giving fans of The Greatest of All Time a way to take his classic wit, wisdom, and inspiration with them anywhere, while experiencing Muhammad Ali in a new and interactive way,” commented Keith Wortman, President of MGX Lab, the agency that developed the app.