ARM based processors are doing quite well in dominating mobile phones market and now is on the way to capture some new market segments even in netbook or nettop market currently occupied by X86 based processors. You may have heard a lot of potential netbook designs using ARM solution, but this seems to be solid one with the news released from Always Innovating. Just recently, the company has just announced a new Touch Book that claimed to be the world’s first detachable netbook available for consumer markets. 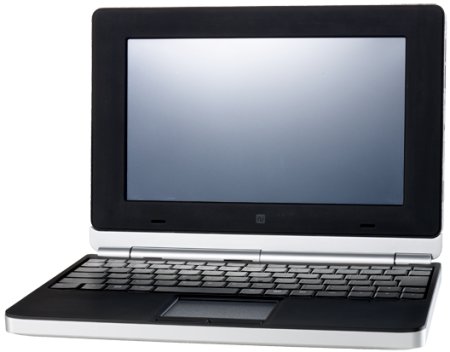 The Touch book is featured with a revolutionary design and fresh outlook that able to differentiate from the rest of X86 based solutions. What make it so unique are its innovative design that can work as conventional netbook or a standalone tablet with a detachable keyboard further enhanced with operable touch screen interface. More importantly, it is powered with thermally efficient 600MHz OMAP3530 SoC (System-on-chip) from TI (Texas Instruments) that can prolong the battery life up to 10 hours while able to offer sufficient CPU cycles for processing. Apparently, it incorporates the advantages of smartphone design while able to add in relatively huge 8.9-inch touch screen with 1024 X 600 resolutions display for greater web browsing experience while on the move.

Regardless of all these great feature sets, the ARM based Touch book may have to stick back to Linux Operating System. Nevertheless, the final version of software stacks will include OpenOffice 3.1, Adobe Flash, Skype VOIP (Voice over IP) as well as famous 3D accelerometer based applications like those being deployed in Apple’s iPhone devices. Always Computing is ready to ship Touch Book to some early pre-order customers and at a retail price of $300 (tablet only) or $400 (full system), it is expected to capture some significant market shares that used to be dominated by Intel Atom based solutions.