Apple has announced the launch of its new 17-inch MacBook Pro, which the company claims as the world’s thinnest and lightest 17-inch notebook, measuring just 0.98-inches thin and weighing only 6.6 pounds. Most notable features of the latest 17″ Macbook Pro is a revolutionary built-in battery that able to support up to 8 hours of wireless productivity on a single charge and can be recharged up to 1000 times (lifespan 3 times more than typical notebook batteries). 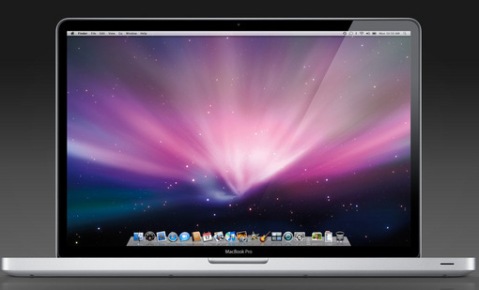 “We’ve developed new battery technology that is better for the user and better for the environment,” said Steve Jobs, Apple’s CEO. “Apple’s advanced chemistry and innovative technology deliver up to eight hours of use on a full charge cycle and up to 1,000 recharges.”

According to Apple, “The 17-inch MacBook Pro is the most powerful Mac notebook yet with the latest Intel Core 2 Duo processors available up to 2.93 GHz, up to 8GB DDR3 main memory and a graphics architecture that allows users to switch between the NVIDIA GeForce 9400M integrated graphics processor for better battery life and the powerful NVIDIA GeForce 9600M GT discrete graphics processor for higher performance. The new 17-inch MacBook Pro includes a 320GB 5400 rpm hard drive standard with a 320GB 7200 rpm hard drive and 128GB and 256GB solid state drives as options. As with the rest of the new MacBook family, the 17-inch MacBook Pro includes a next generation, industry-standard Mini DisplayPort to connect with the new Apple LED Cinema Display featuring a 24-inch LED-backlit widescreen display with a built-in iSight video camera, mic and speakers.”

The new 17-inch MacBook Pro will be available later this month for $2799.