The famous computer company, Apple has official announced the launch of its new Mac Pro, the high-end desktop PC which can provide up to twice the performance of its predecessor, thanks to the two of Intel’s new 45 nanometer Quad-Core Xeon processors running up to 3.2GHz. 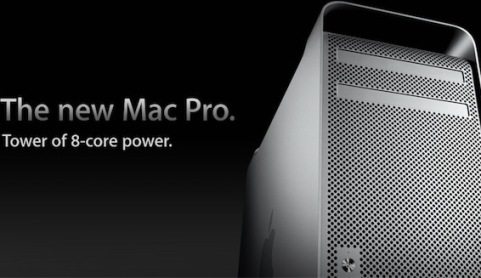 According to the company, “The new Mac Pro comes standard with the ATI Radeon HD 2600 XT graphics card with 256MB of video memory. In addition, this monster machine also includes a new PCI Express 2.0 graphics slot that delivers up to double the bandwidth compared to the previous generation and supports the latest generation of graphics cards from NVIDIA, such as the NVIDIA GeForce 8800 GT with 512MB of video memory, or NVIDIA Quadro FX 5600 with 1.5GB of video memory and a 3-D stereo port for stereo-in-a-window applications. With support for up to four graphics cards, the new Apple Mac Pro can drive up to eight 30-inch displays at once for advanced visualization and large display walls.”