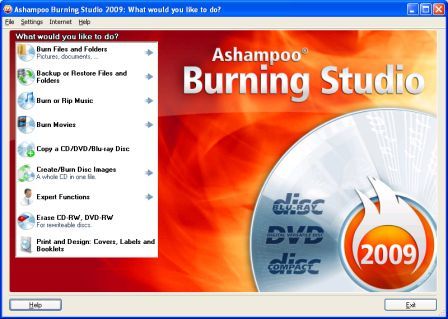 Note that while Ashampoo Burning Studio 2009 is similar to Ashampoo Burning Studio 8, it lacks features such as create animated DVD slideshows from photos, ability to create DVD movies from QuickTime source files (amongst many other supported formats), preview them with sound, then burn them to video DVDs in the later full featured version.