The Taiwanese electronic maker, ASUS has announced the launch of its Eee Pad Transformer TF101 tablet. The Eee Pad Transformer is aimed to those users who look for media consumption and mobile productivity in an elegant yet versatile design. The ASUS Eee Pad Transformer has been featured with powerful and responsive Android 3.0 Honeycomb operating systems. The tablet has been enhanced with ASUS’ intuitive Waveshare user interface for content creation, social communication, high-definition media playback and smooth realistic game play. 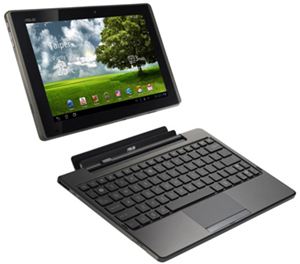 The availability and the price of the Eee Pad Transformer with dimensions of 10.6 x 6.9 x 0.51-inch and weighs 1.49lbs are not yet announced.