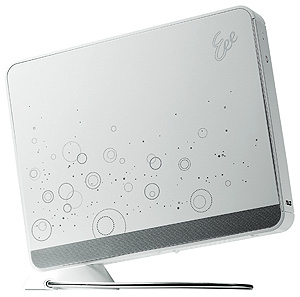 There are two series that will be released, namely B204 and B206 with both of them powered by Intel Atom N270 processor clocking at 1.6GHz. Basically both models are almost similar except B204 has integrated Bluetooth module whereas B206 doesn’t. In terms of graphics card, an ATI’s Radeon HD 3400 series will be used to offload most of the intensive graphics processing from processor especially when handling HD (High Definition) media decode functionality. Other feature sets include 802.11n wireless technology support, Gigabit Ethernet port, 4 USB ports and more importantly, a HDMI (High Definition Multimedia Interface) has been added so that users can connect it to high end LCD monitor to display HD media playback.

No pricing and availability yet, but with its similar specifications of 1GB DDR2 memory, 160GB hard disk, built in Wi-Fi module and preinstalled Windows XP OS with some additional HDMI controller and great HD capability, no surprise that it will be retailed at higher price range than its standard models that are already available in current market.