AT&T and HTC have announced the availability of the long-awaited HTC FUZE (GSM version of HTC Touch Pro), which offers a wealth of powerful features in a small and lightweight form, featuring slide-out 5-row QWERTY keyboard and HTC’s intuitive, graphic-rich TouchFLO 3D touch-screen user interface for easy quick access to the items most important to you. 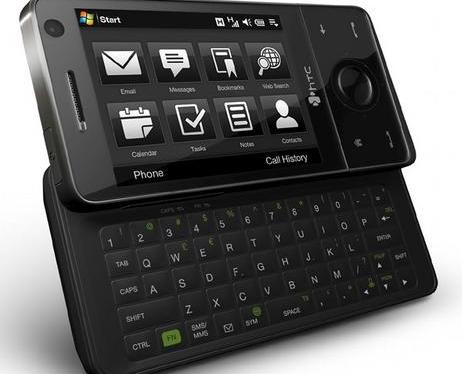 “The HTC FUZE is a great illustration of AT&T’s commitment to innovation and choice,” said Michael Woodward, vice president, Smart Devices for AT&T’s wireless unit. “The HTC FUZE, with its array of connectivity features, provides our customers with the ability to choose the manner in which they communicate using the form factor they deem most appropriate at a given moment — all in a very attractive and sleek package. It’s a fantastic addition to AT&T’s industry-leading Windows Mobile smartphone portfolio.”

Highlights Of ‘HTC FUZE From AT&T’:

“By combining the power of Windows Mobile 6.1 with HTC’s innovative TouchFLO 3D interface, the HTC FUZE ensures that your most important information — from mail to music to images — is never more than a touch away,” said Jason Mackenzie, vice president of HTC America. “The HTC FUZE’s range of cutting-edge mobile features, like a desktop-quality mobile browser, paired with AT&T’s lightning-quick 3G network makes it an unbeatable choice for consumers.”