avast! Free Antivirus is one of the most popular non-commercial antivirus program from AVAST software. As part of commitment to improve it, the company has upgraded its free edition of avast! Antivirus to version 6.0. Similar to , the latest version of avast! 6.0 Free Antivirus has been added several advanced features and improvements. 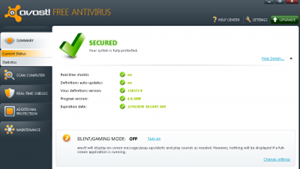 “With our new avast! 6.0 Free Antivirus, we’ve added advanced capabilities that aren’t in any mainstream AV product. Once again, we are providing a free antivirus that often exceeds the protection offered by other paid-for products,” said Vince Steckler, CEO of AVAST Software. “In these tight economic times, there is no reason for people to keep paying for the overpriced AV that they have on their computers.”