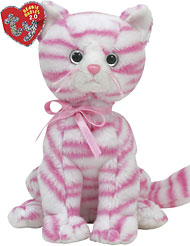 To pique the interest of youngsters in the technology and cyber age, Ty Inc, the manufacturer for Beanie Babies has released its new Beanie Babies 2.0 dolls. The Beanie Babies 2.0 collection comes with a web-ready scratch off code on every heart-shaped tag. Kids, toy collectors or cultural anthropologists who buy Beanie Baby 2.0 toys can use the code to register to Beaniebabie online and play with the virtual pet in cyberspace. When users register a pet online, they can see an on-screen version amid flash-based beanstalks and jelly beans. The pet has a house ready with decorations and there is no expiration date for the virtual pet.

The original Beanie Babies was launched in 1993. There are nine Beanies Babies when they were launched, namely Legs the Frog, Squealer the Pig, Spot the Dog, Flash the Dolphin, Splash the Whale, Chocolate the Moose, Patti the Platypus, Brownie the Bear (later renamed “Cubbie”) and Punchers the Lobster (later renamed “Pinchers”). These original Beanie Babies were a low-tech phenomenon in the late 90s and generated substantial profit to Ty Inc. However, the emergence of web-connected collectibles toys such as Webkinz and Neopets has taken the spotlight off Beanie Babies in the 21st century. The unveiling of Beanie Babies 2.0 collection is considered a fight back of Ty Inc in the industry. 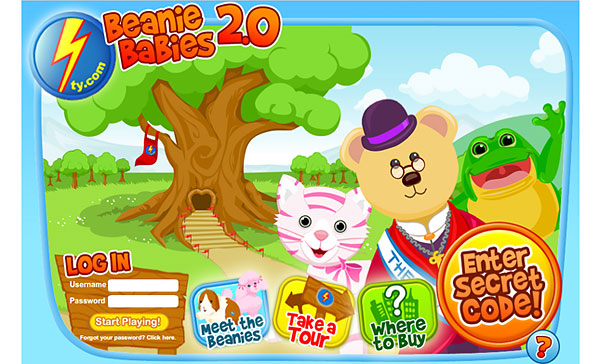