Nowadays, the mobile applications have been growing rapidly and widely downloaded and installed on mobile devices. To capture the market of mobile apps, the popular search giant, Google has launched its beta version of AdSense for Mobile applications. According to the company, Adsense for Mobile Applications beta version has been preceded with a successful trial which involved a small number of partners like Backgrounds, Sega, Shazam and Urbanspoon, and is now open to a much broader group of developers. 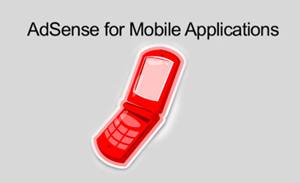 According to the official Google AdSense blog, “Mobile applications are now widely accepted. They assist users to find music, make restaurant reservations or check bank balances from their phone. Advertisers are always finding out means to reach out to their potential customers; whereas application developers are looking for ways to demonstrate the best ads to the users. AdSense for Mobile Applications facilitates developers to earn revenue by presenting text and image ads into their iPhone and Android applications”.

Along with the beta launched, it also incorporated with a site which provides information about the Adsense for mobile applications at http://www.google.com/ads/mobileapps/. It allows the developers to view the answer to FAQs or sign up to participate in the beta.