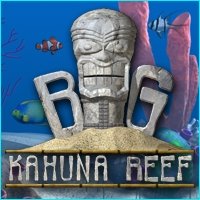 Big Kahuna Reef is a casual match making puzzle game where player breaks open all the boxes by making chains of objects (such as starfish, sea turtles or shells) in order to progress to the next level. Released by Reflexive Entertainment in 2004, Big Kahuna Reef is the first game title for the Big Kahuna series of games. As implied by the name of the game, Big Kahuna Reef has the aquatic theme the center around ocean scenes, exotic fish and mask of tiki heads.

During the game play, gamer earns points to unlock new fish and other under sea creatures. During the interludes between levels, one can create and observe their personal reef and its creatures. If you have felt bored playing the default scenarios presented by game developers, there are level editor included and thousands of additional free user made levels created by people from around the world, which can be downloaded to expand the Big Kahuna Reef for free. It’s also possibleto play with multiple players on the same computer. 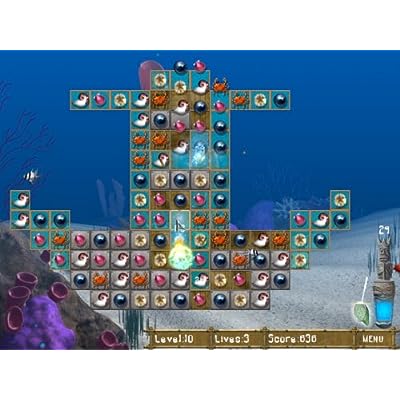 Big Kahuna Reef normally may costs up to a few bucks to purchase for full version unlocked no-ads playing. Gamers who want to get the game for free can grab the opportunity by Amazon, where Big Kahuna Reef now priced as $0.00 (free) with no cost and no payment at Amazon Game Digital Downloads service.

. Click on “Get the game FREE” button and complete the checkout process. Once completed the ordering process, Big Kahuna Reef full version game can be downloaded with Amazon Games and Software Downloaders.