RIM (Research In Motion) has expanded its popular BlackBerry Curve series of smartphones with its new BlackBerry Curve 8520, which the company claims as the first BlackBerry smartphone to sport dedicated media keys that provides users an easy, convenient way to control their favorite music and videos, featuring rich multimedia capabilities and an innovative touch-sensitive optical trackpad navigation for easy scrolling through menus, icons and info. 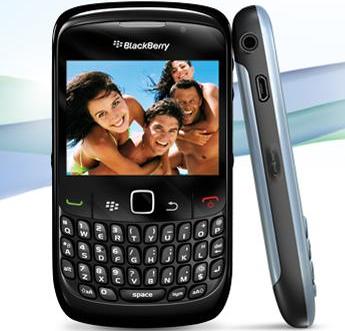 “People increasingly expect a rich, diverse experience with their phones because they’re using them in new and different ways,” commented Travis Warren, director of product marketing, T-Mobile USA. “Adding the BlackBerry Curve 8520 to the T-Mobile line-up gives our customers a phone capable of helping bring balance to the chaotic demands of a busy professional and personal life

“More and more cell phone users are choosing to upgrade to a smartphone and the new BlackBerry Curve 8520 will undoubtedly convince many more people to make the switch. It delivers all the great messaging, social networking and multimedia features that have made BlackBerry the top-selling smartphone brand in the United States,” said Carlo Chiarello, vice president, product management, RIM. “T-Mobile customers are going to love how easy it is to keep in touch on Facebook and MySpace and the full-QWERTY keyboard is amazingly fast and comfortable for typing on the go.”

The new slim BlackBerry Curve 8520 smartphone that available in black and frost colors will hit T-Mobile retail stores, Walmart Stores and select authorized dealers starting August 5, 2009 for around $130 on a 2-year service contract.