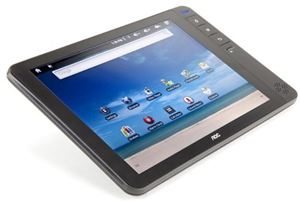 In order to reduce the cost, the affordable tablet has been designed to run on Google Android 2.1 operating system. The power of the tablet is booted up by a Rockchip processor. The Breeze tablet also supports Wi-Fi 802.11 b/g connectivity, has built-in 4GB of internal storage, a USB 2.0, 3.5mm headphone jack, a mircoSD card slot and comes with a battery that provides up to 12 hours of audio playback and 6 hours of video playback. Additionally, it also preloaded with applications such as web browser, photo browser, e-mail, calendar and e-book shelves as well as the ability to access Android marketplace.

The Breeze Tablet with weight of 1.1 pounds is expected to be officially announced during CES 2011 with the price tag of $200. However,  it expected to start shipment by end of January 2011.