When opening a Microsoft Office 2013 application such as Excel 2013, Word 2013, PowerPoint 2013, Publisher 2013, Visio 2013 and etc, the Office program displays a list of recently opened documents on the left pane. In addition, the list of recent documents, recent workbooks, recent presentations, recent publications, recent drawings and other recent files is also displayed when user selects the Open from File in Ribbon menu. 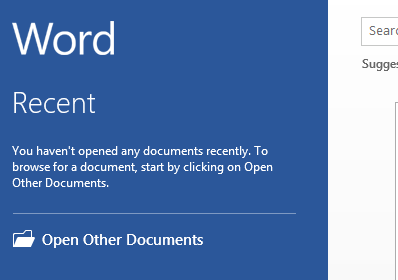 The tutorial to clear or disable recent documents list in Office 2013 works for all applications in Office 2013, but the name for the settings may be different depending on the type of documents the Office app is handling.

How to Remove an Item from Recent Documents List 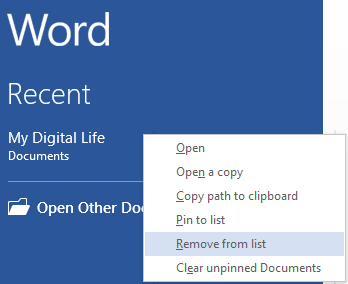