Command & Conquer (C&C or C&C1), which also known as C&C Tiberian Dawn, is a 1995 real-time strategy video game produced by Westwood Studios for MS-DOS and released internationally by Virgin Interactive, which was also the first game title of Command & Conquer franchise. In Germany, Command & Conquer was sold with the subtitle “Teil 1: Der Tiberiumkonflikt” (“Part 1: The Tiberium Conflict”).

The original Command & Conquer is set in alternate history Earth within the year 1995, and tells the story of two globalized factions; the Global Defense Initiative of the United Nations, and the ancient quasi-cult, quasi-state organization known as the Brotherhood of Nod, becoming locked in a mortal struggle for control over a mysterious resource known as Tiberium that is slowly spreading and infecting the world. 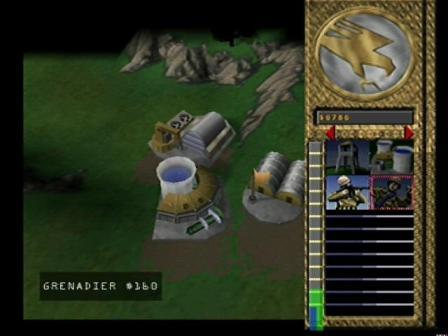 On August 31, 2007, current publisher and owner of the C&C franchise Electronic Arts made Command & Conquer (Windows95/Gold version) as freeware, and is freely available for download to install and play without limitation, to mark the franchise’s 12th anniversary.

The ZIP file contains 2 .ISO image files, one for GDI and another for NOD, which users can burn to a CD disc media or mount to a virtual simulated DVD/CD-ROM drive. In order to get the original Command & Conquer Gold to work in Windows XP (and possible Windows Vista and Windows 7), EA provides a detailed installation instructions. In fact, installation should be easy, with a few compatibility mode settings and patches, summarize as below:

Command & Conquer has a expansion pack named The Covert Operations, which includes fifteen new “very difficult” single player missions, ten new multiplayer maps and seven new high quality CD audio tracks (as well as lower quality in-game versions). Unlike the original game’s, the expansion’s missions can be played at any time and in any order, and, with the exception of the dinosaur bonus missions, are not accompanied by briefing cutscenes.

Follow the text instructions in the archive to install the expansion pack. The second game in the CnC series, Command & Conquer Red Alert is also available for free download.