Derived from an old Irish word for knowledge, Cuil, (pronounced “Cool”) a new rival search engine for Google is born today. Cuil is the effort from the husband-and-wife team of Stanford Professor Tom Costello and the former Google search architect Anna Patterson. The new hotly touted and all-important newcomer proclaimed that it has indexed three times as many web pages as Google and ten times as many as Microsoft. How far can this search engine go and how popular will it be among Net users? This is an interesting question. 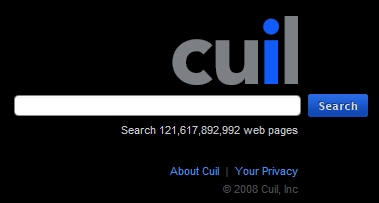 The founder of this search engine explained that the search engine uses a technology which can comprehend the content of a page through context besides the concepts behind search requests. Cuil claimed that its technology moves away from the methods that have driven Google’s success. Cuil is of the opinion that Google’s technology which focuses on the number and quality of links to and from a webpage is not sufficient to derive accurate search results. Instead of adopting Google’s approach, Cuil tries to understand more about the information on a page and the terms users use to search. The search results from Cuil are also displayed in a different format compared to Google’s. Cuil displays its search results in a magazine format rather than a list. In addition, the new search engine will not retain information about users’ searches, unlike Google. While aiming a snipe at Google and Yahoo, it’s scoring a point for advocates of individual privacy.

In the deadly battle for popularity amongst search engines and in view of the stiff competition, it is not easy to compete and fight with established search engines such as Google or Yahoo. Cuil will surely struggle for survival in a market dominated by these search giants. Many have tried and are still reeling from the blow. Names such as Teoma, Vivisimo, Powerset and Snap are hardly household names today.