Flickr is one of the most popular online photos and images plus video sharing site that allows users to upload and store unlimited number of image files. Thus, Flickr is used by many as storage backup of photos and used by bloggers as image repository. While Flickr is great, uploading photos and pictures to Flickr account may be a boring task, if without the help of Flickr upload tool.

In addition to many Flickr uploading tools available to make the task of uploading images to Flickr easier, another tool available is FlickrSync. FlickrSync is a freeware photo synchronization application for Flickr users. It displays local folders and user’s Flickr sets, and allows user to establish synchronization rules between them. As a result, user just have to manage all photos locally and FlickrSync will keep them updated in online Flickr account. 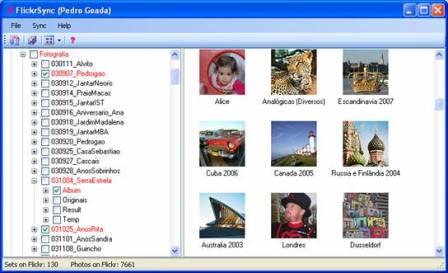 Although FlickrSync is intended as a “synchronization” software, but currently synchronization is only done one way, that is uploading from local PC to Flickr account. Thus, local folders or images are never changed and only Flickr online account is updated to match local information, although the reverse sync feature to download photos from Flickr to local folders may included in future.