Microsoft has released Technical Preview edition of Microsoft Office 2007 SP1 (Service Pack 1) to a small group of testers and members of Microsoft Office Product Evaluation TAP on Microsoft Connect. This release is a pre-beta, meaning it’s not suitable for average users, except technical savvy who can deal with bugs. If you not facing any problem with Office 2007 products, suites or applications, the official beta version may be released soon, as feedback window for this technical preview edition is just 30 days till mid September.

For Connect users those wants to try out and install the Office 2007 SP1 Technical Preview, they can download from Connect website, after logging in. However, for others who really wants to get a hand on Office 2007 SP1, the setup installer package has leaked to Internet and been posted on various torrent sites, and available for free download via BitTorrent network. You will likely to be able to download the SP1 Technical Preview via ED2K (eMule) P2P network. 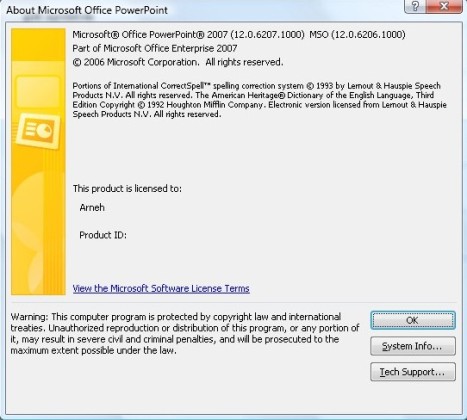 You can also directly download the Office 2007 SP1 Technical Preview setup file npmo7sp1.exe. But install this Office 2K7 SP1 pre-beta release at your own risk.

UPDATE: Official final Office 2007 SP1 has been release for download.