Oracle VM VirtualBox 4.0 released recently is a major update release that offers a number of nifty features to VirtualBox fans. The new GUI which is now  known as “VirtualBox Manager”  has made the management of virtual operating systems a lot more easier.  VirtualBox is a free virtualization software released under GNU General Public License (GPL) for personal use in Windows, Mac and Linux systems.

Below is the quick tour of  the new features in VirtualBox 4.0 and check out the VirtualBox changelog for the complete list of enhancements.

Oracle VM VirtualBox 4.0 downloads for various platforms are available at http://www.virtualbox.org/wiki/Downloads or just follow the direct links below to download the right VirtualBox installer for your system: 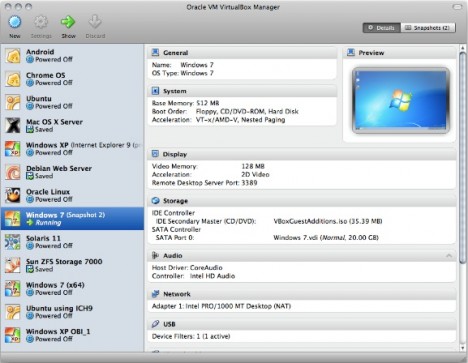