Instant messenger enthusiasts should be quite keen and eager to discover this secret and explore the new upcoming Windows Live Messenger 2009, which is planned to be released soon. If you can’t wait for the official release from the world’s largest instant messaging network, then you can have a taste of it via the latest build of Windows Live Messenger 2009 which was leaked out lately in repors by JCXP. 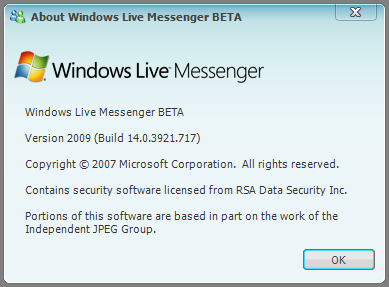 Users can give it a try and enjoy the leaked version by getting a copy of it via the link here.