Good news for iPhone’s users that would like to enjoy great social networking experience while moving around, a latest Yahoo! Messenger app has been pushed into Apple’s iTunes Store yesterday with additional feature enhancements. Besides ability to make free voice and video calls to your closed friends using WiFi or even 3G, users will be able to enjoy cheaper rate of calls to both fixed and cellular lines while still able to perform other tasks in iOS 4 multitasking environment. 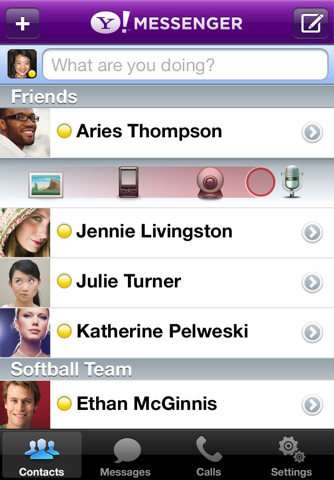 Some features that have been added include the following:

Compatible to run on iPhone 3GS/4 on iOS 4.1, Yahoo! Messenger is totally free of charge and is downloadable at App Store now.