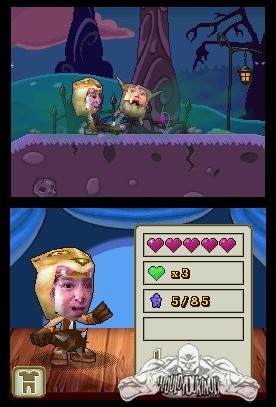 “Foto Face: The Face Stealer Strikes is a great example of how EA is pushing the boundaries of innovative and creative gameplay,” commented Harvey Elliott, Vice President and General Manager Casual of EA Play Label. “By using Nintendo DSi features such as the camera, we’ve significantly deepened the experience by allowing players to personalize the adventure in fun and quirky ways that will deliver hours of entertainment.”

“Foto Face: The Face Stealer Strikes is not a traditional gaming experience,” added by Elliott. “We believe there are two key viral components, firstly the enormous fun that people will have putting their friends’ faces into the game, and secondly going to Facebook to check out all what other people have done with the character creation tool.”