Email Virus Behind “Pirates of the Caribbean 3”

Be careful when you receive an email promising a trailer of the film, Pirates of the Caribbean 3, and also the chance to win free tickets. Don’t try, don’t buy, don’t click and don’t reply. Just delete it because this widely spammed email is just a malicious program called Troj/Yar-A which tries to download further malware from the internet. 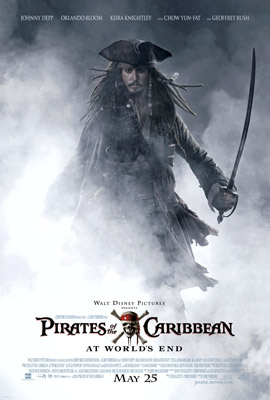 The computer security researchers at SophosLabs in Sydney have warned internet users on this email especially those from North America or Europe. There are no tickets as well as film trailer. The email sounds too good to be true to attract users. The email message when viewed will look like the following: 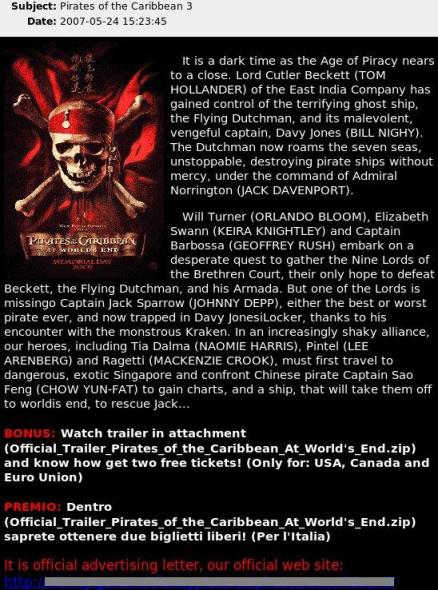