Additional features of Firefox 4 include: 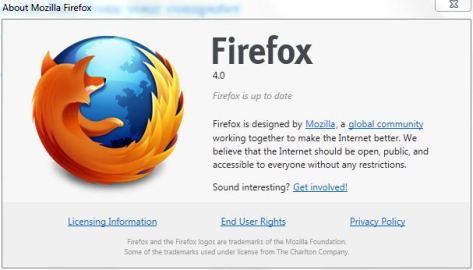 The Firefox 4 final is officially released on March 22nd, 2011. Firefox 4 and all download links is available through firefox.com, or through its many mirrors available, or just use the following direct download links to download setup installer of Firefox 4:

Prior to official release, the final build of Firefox version 4.0 has been published on the Mozilla FTP server, and is available for Windows, Mac OS X and Linux (in the name of Firefox Setup 4.0.exe, Firefox 4.0.dmg or firefox-4.0.tar.bz2) for various supported languages.