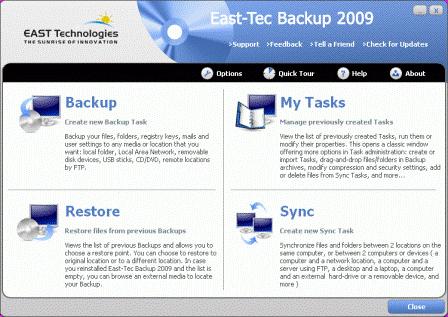 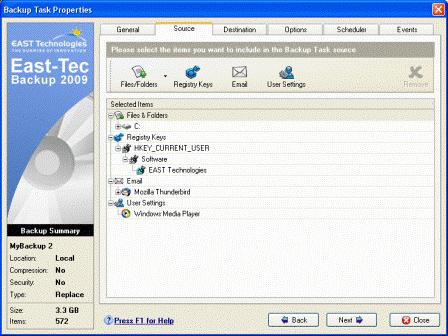 To grab the free license for East-Tech Backup 2009, go to the following link:

Enter the name to be licensed to and valid email address to receive the activation email. Once email is received, click on the confirmation link in the email to verify the identity and to finalize the registration. The free license key for East-Tec Backup 2009 will be displayed on screen. Remember to write down the serial number, as it won’t be emailed to you.