MacX Video Converter Pro is a comprehensive and simple-to-use all-in-one video converting software for Mac OS X, while its Windows version is named as MacX HD Video Converter Pro. Both of them is designed to transform both HD and SD video formats at blazingly-fast converting speeds to compatible with wide range of portable media devices including iPhone, iPad, iPod and much more. The software also capable of extracting online video files from YouTube, Dailymotion, Metacafe and other popular video sharing sites. 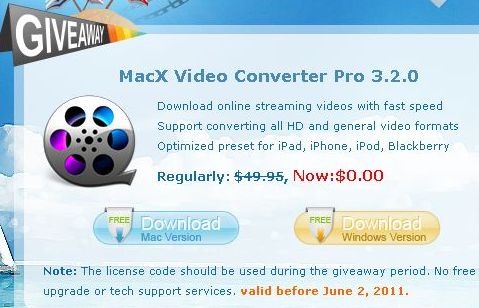 Use the registration serial key above, which is the same with the one contained in the ZIP archive to register for full version product.