Wired Magazine is free app for iPad which allows customers to in-app purchase Wired magazine current and back issues, and share the articles on Facebook and Twitter. Wired is a full-color monthly magazine and on-line periodical that was founded by American journalist in 1993. WIRED magazine mostly reports on how new and developing technology affects culture, the economy, and politics. 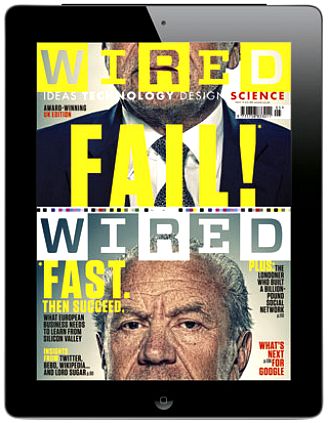 Each issue of Wired magazine normally costs $3.99 as an in-app purchase. As part of sponsorship from Adobe, WIRED is giving away its May issue iPad app edition for free. Interested users can download the app from the App Store here, then follow the prompts to download the May issue from within the app.

Highlights of contents in Wired May 2011 issue:

There are also exclusive iPad content in the May 2011 issue: