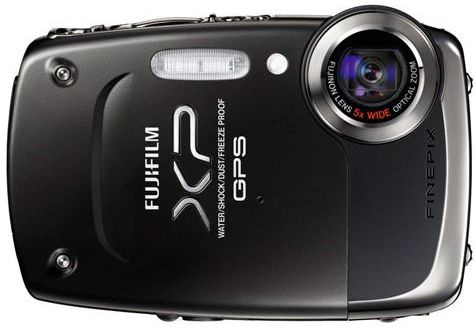 With the built-in GPS geo-tagging, photos taken by Fujifilm FinePix XP30 is tagged with location information, including a cool Photo Navigation mode to easily find a direction for visiting the location where the photo is captured.

“The FinePix XP20 and XP30 take our best-selling XP10 to the next level,” commented David Troy, director of marketing, Digital Cameras, Electronic Imaging Division, FUJIFILM North America Corporation. “With a sleek design, these active lifestyle cameras give users extreme photographic support. Add in the GPS geo-tagging on the XP30, and you’ve got the ability to take the camera into virtually any type of environment without worrying about it getting damaged.”

Fujifilm FinePix XP30 will hit the market in coming February for around $240, while the FinePix XP20 is scheduled to be available in late-March 2011 for about $200.