Samsung Galaxy S Plus or I9001 is a new Android smartphone from Samsung, which will soon launch in Russia. The Samsung Galaxy S Plus has been designed to run on the Android 2.3 Gingerbread operating systems with the TouchWiz 3.0 user interface. The power of the Samsung Android smartphone is booted up by a 1.4 GHz MSM8255T Qualcomm SnapDragon processor and paired with 512MB of RAM. 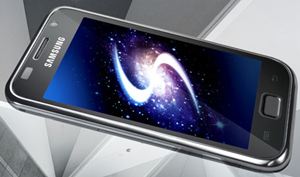 Featured with a 4-inch capacitive tactile Super AMOLED screen with 480 x 800 resolutions, the Samsung Galaxy S Plus is also equipped with 5-megapixel rear camera with auto focus function and 0.3-megapixel front camera for video calls. It boasts with A-GPS and electronic compass, integrated with FM radio tuner, has built-in 3.5mm headphone jack, video output and 8GB of internal memory, and comes with a 1650 mAh battery. Moreover, it is Bluetooth enabled and supports up to 32GB of mircoSD memory card.

The new Samsung Galaxy S Plus with dimensions of 122 x 64 x 10 mm is expected to be available at end of April in Russian market for the price of approximate $850.