Not long after the release of Google’s famous Nexus One Android 2.1 based smartphone, some consumers have started to initiate complaints with related to its poor reception of 3G network coverage under T-Mobile subscription, If you recall, when iPhone 3G was launched initially under AT&T, similar complaints were received but instead of finger pointing to service provider, it is believed that current situation is different from previous and likelihood that it could be due to firmware issue on the device itself. 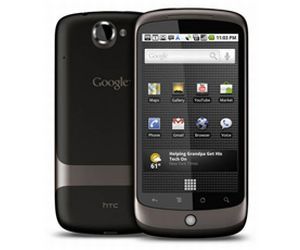 The complaints started when Nexus One’s users were unable to get a similar signal strength at the same location which triggered more questions if the symptom is due to overloaded 3G network with increasing subscribers’ usages. Both Google and T-Mobile have acknowledged the complaints and have started preliminary investigation by probing consumers’ on actual symptom if they have seen the 3G line drop, totally no line or can it be fixed by firmware upgrade and etc. Meanwhile, T-Mobile is seeking feedback from its subscribers to try with other 3G mobile phone for side by side coverage result comparison. Apparently, initial results were gathered and some even claimed that an older generation HTC smartphone has managed to sustain full bar coverage while Nexus One only able to get half of them, indicating the high possibility that it could be firmware issue instead of network coverage.

However, nothing is firm now and hopefully Google and T-Mobile will able to disclose further investigation results with appropriate firmware fix without the need of major repair or system upgrade.