Google Chrome OS (or Chromium OS) is an open source computer operating system created by Google with environment based on the Linux operating system and graphical user interface closely mimics the minimalist approach of the Google Chrome web browser and Litl webbook. Chrome OS is devoted to users who visit World Wide Web (WWW) most of the time who always access to web-based applications on the remote servers. Chrome OS relies heavily on could computing storage space, runs primarily on faster Solid-State Drive (SSD) with x86 or ARM processor powered system, with the Chrome-based web browser the only application installed on the device to interact with end-users. 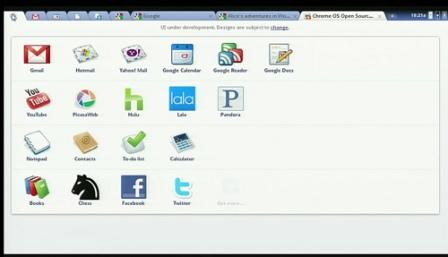 At a special Chrome OS event at Google headquarters in Mountain View to open-sourcing the project as Chromium OS at chromium.org/, Google had provided more information about the Chrome OS. The web apps in Chrome OS runs in different tabs, much like a web browser. Among others, two features or characteristics of Chrome OS stands out: 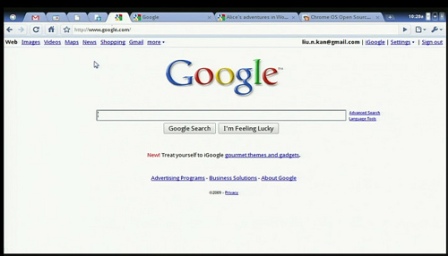 Unlike traditional operating systems, Chrome OS doesn’t trust the applications you run. Each app is contained within a security sandbox making it harder for malware and viruses to infect your computer. Furthermore, Chrome OS barely trusts itself. Every time you restart your computer the operating system verifies the integrity of its code. If your system has been compromised, it is designed to fix itself with a reboot.

we are obsessed with speed. We are taking out every unnecessary process, optimizing many operations and running everything possible in parallel. This means you can go from turning on the computer to surfing the web in a few seconds. Our obsession with speed goes all the way down to the metal. We are specifying reference hardware components to create the fastest experience for Google Chrome OS. 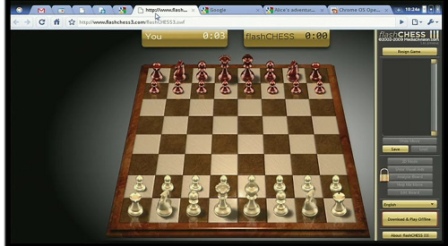 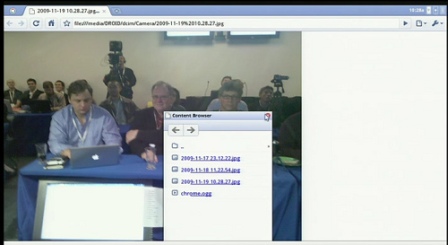 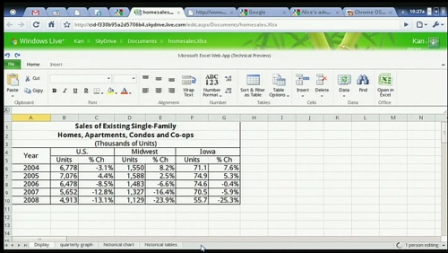 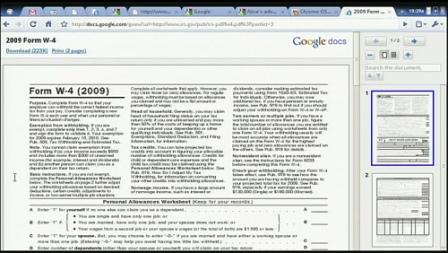 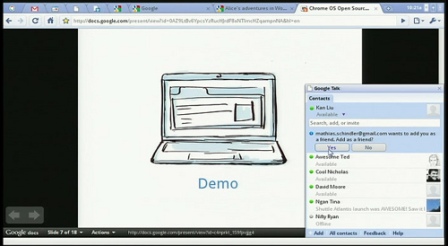 As the Chrome OS is the open source operating system, its source code, is now available online at src.chromium.org. For users interested to download and build their own ChromiumOS, there is a Chrome OS build instructions guide.

What is Google Chrome OS?

People who interested can watch the longer version of video clip from the Google event to open source the Chrome OS.