Google Nexus One, which runs on Google Android 2.1 operating system, has been officially announced by Google and available for sales at the price of $529 for unlocked version of Nexus One without subscribing for any mobile service. Nexus One is powered by 1GHz Qualcomm Snapdragon, and packed with Google related apps.

The Nexus One, where hardware is manufactured by HTC, also include some beautiful wallpapers and nice ringtones to be used as the phone background and ringing tones. There are a total of 22 wallpapers, and a total of 85 rigntones for various categories, such as alarms, notifications, ringtones and ui. 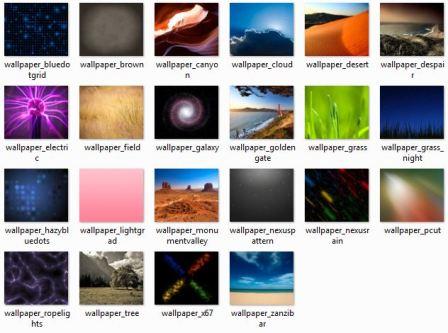 Google Nexus One wallpapers, with the resolution size of 960*800.

Users who doesn’t own a Nexus One, but want to make use of the wallpapers and ringtones can download the complete package below.