The award-winning developer and publisher of mobile entertainment, Hands-On Mobile, Inc. has announced that its popular mobile phone game – Guitar Hero World Tour Mobile is available now for cellphones based on Android open-source software platform, which incorporates enhanced graphics and features like the use of the accelerometer for ‘star power’, aiming to offer gamers an unmatched entertainment experience. 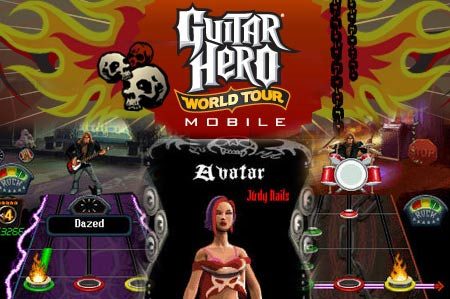 In addition, all music tracks are automatically stored on the device’s SD memory card in MP3 format, enabling quicker access to playable songs.

“We know Android device users are hungry for new games and applications and Guitar Hero World Tour Mobile is a perfect download to please any rock star in training,” said David McCaman, Head of Marketing, Hands-On Mobile. “We have worked hard to make sure that Guitar Hero World Tour Mobile for Android is true to the franchise with some of the coolest features yet and we know fans of the game everywhere will be thrilled with this latest version.”

According to the company, “Guitar Hero World Tour Mobile recently received IGN.com’s Best of 2008 award for Best Multiplayer Game – Wireless category. Over 20,000 multiplayer drum and guitar battles are played daily with over half resulting in a rematch. The Guitar Hero Mobile franchise has passed 4 million game downloads worldwide and more than 100 million songs have been downloaded to date.”