HMS Astute: The Emperor of the Ocean 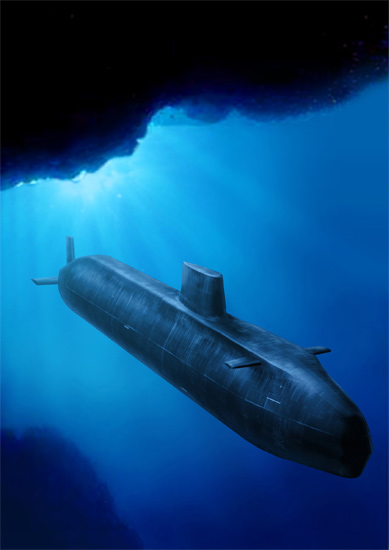 It is the Titanic of submarines, hopefully not in the wake of the cruise ship’s tragic end. The British royal navy’s super-submarine, HMS Astute, is revealed as the largest and deadliest submarine ever built. It weighs 7,800 tonne and can circumnavigate the globe without surfacing. It is the length of an entire football pitch at 97m and the width of four double-decker buses. It moves as silently as a dolphin at 30 knots per hour. Powered by a nuclear reactor, it never needs refuelling. The ability to produce oxygen and drinking water means the submarine is self-sustained and needs never emerge from deep within the sea throughout its 25 years’ lifespan.

Astute can detect ships 3,000 nautical miles away at the New York harbour. It is fitted with 38 Tomahawk cruise missiles which could hit targets 1,984km away in North Africa from the coast of Plymouth. It also has spearfish torpedoes for attack or defence purposes though it is not equipped with nuclear weapons. The submarine costs £960 million and it is the first of four vessels to be built costing a total of £3.85 billion.

While the rest of the world raced to conquer the skies, Britain has turned to the ocean. Is Britain set to revive its past role and glory as a major navy power? Is the submarine a necessity in Britain’s military defence plans today? Astute will be an important and remarkable vessel under the water.