Posted: May 16, 2009/Under: Operating Systems/By: My Digital Life Editorial Team

For users who want to use the legacy Internet Explorer 6 and/or Microsoft Outlook Express, here’s the trick to make the apps publish and available as virtual applications on Windows 7 Start Menu, and can be seamlessly access and run from native Windows 7 desktop.

Tip: It’s possible to put in sub-directory of “Start Menu” folder. In this case, the sub-folder will be published too. 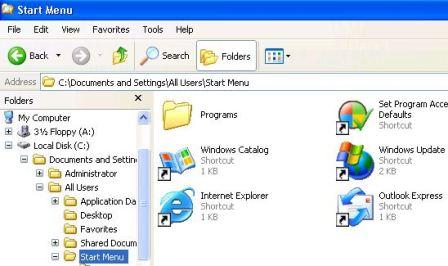 Once the shortcuts are added to All Users’ Start Menu, a new folder named Virtual Windows XP Applications will be created under Windows Virtual PC folder in host Windows 7 Start Menu. The shortcuts to IE 6 and Outlook Express can be found inside the new folder, and this is how Windows Virtual XP Applications can be run directly from Windows 7 host desktop.

Unfortunately, some other applications especially HyperTerminal and Windows Media Player 9 (WMP9) cannot be published and used in Windows 7 yet, until hack is found.