How to Check or Verify PC Motherboard BIOS SLIC Version is SLP OA 2.0 or 2.1 for OEM Activation

System-Locked Pre-installation (SLP) is the mechanism used by big royalty OEM computer manufacturers to factory activate pre-installed Windows operating system on branded desktop PC, laptop, notebook, netbook and nettop computer so that activation process of Windows is done transparently and automatically once end-user first starts the computer. The offline OEM-style pre-activation that bypass Windows Product Activatin (WPA) is implemented to reduce the chance of annoying mass PC buyers from having to deal with activation after buying the computer.

For OEM activation to work and able to authenticate OEM licensing for Windows, three (3) components or criteria must exist and fulfill:

SLP OEM Activation 2.1 works in very much the similar way of OEM Activation (OA) 2.0, with no change to activation technology, and OEM does not require to change factory process to accommodate new SLP 2.1 OEM activation. The only changes is Windows Marker version is now version 2.1 instead of 2.0. Even the digital certificate, which has file extension of .xrm-ms, signed by Microsoft with OEM’s SLIC public key (0x9C bytes) with Microsoft’s private key together with OEMID of SLIC table, is unchanged. 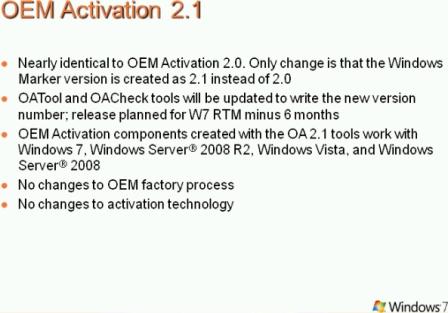 How to Determine, Check and Verify Whether SLIC in BIOS is OA 2.1 Capable for OEM Activation 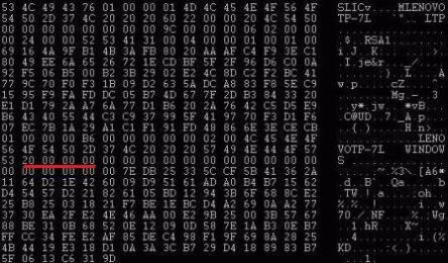 A ACPI Tables Dump with SLIC 2.0 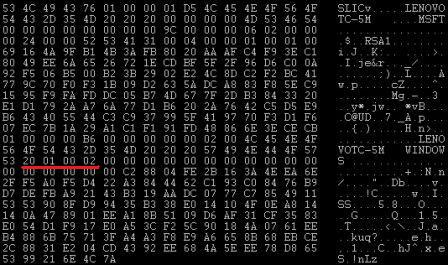 If you’re having SLIC 2.0 in BIOS, try to wait for computer manufacturer if it will release new BIOS update that includes SLIC 2.1 table. Else, it’s possible to modify the BIOS (hardmod or biosmod) to include the SLIC 2.1 (assistance available at Windows 7 forum), or uses a OEM-BIOS emulator which commonly known as Windows 7 Loader, which in turn made use by various activators and toolkit to emulate a SLIC 2.1 on boot up.