Posted: May 11, 2011/Under: Operating Systems/By: My Digital Life Editorial Team

Office 2010 is the first version of Microsoft Office productivity software applications that come in both 32-bit (x86) and 64-bit (x64) versions. However, many add-ons, plug-ins, or third-party application programs does not yet support nor compatible with 64-bit version of Office programs, especially Outlook 2010 where synchronization and interaction with external programs is essential.

As the result, some functions may be broken or not working when installed on a system with 64-bit (x64) version of Office 2010. If you’re encountering such situation, one option is to push for developer to provide an updated software which compatible with and supports 64-bit Office 2010, or to downgrade from 64-bit version of Office 2010 to 32-bit flavor. 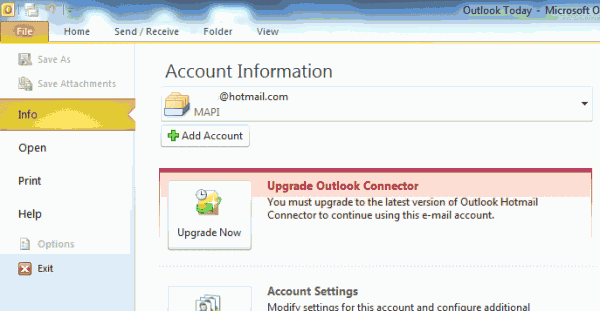 If you’re using Outlook to access Windows Live (MSN) Hotmail, you will have to update the Outlook 2010 Hotmail Connector.