How to Identify Font Used in Image, Photo or Web Page

Posted: May 16, 2011/Under: Software/By: My Digital Life Editorial Team

Ever feel awe and attracted to a beautiful and elegant font and wonder what is the font name? Wouldn’t it great if it’s possible for you to identify and know what is the font typeface been used so that you can quickly get hold of the font to use on your web design, print media, publications, artworks, or other masterpieces?

With the help of WhatTheFont service from MyFonts, identification of fonts used on a picture, graphic, photo or image that you seen on the Internet, magazines, newspapers, posters, books and etc. WhatTheFont is a service available on several platforms that allows user to submit an image and it will automatically find the closest matches from all fonts available in the database.

To use WhatTheFont service, just head to the following URL: 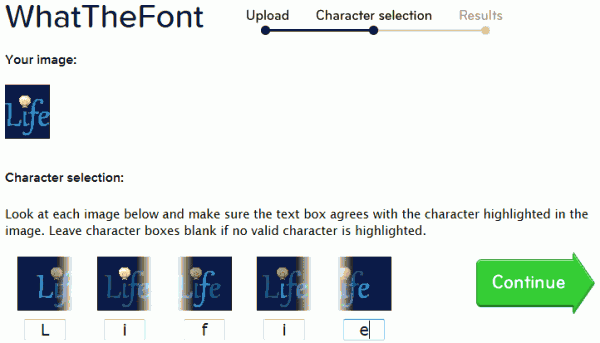 For people who wants to identify the font appeared offline (not on computer or the web), WhatTheFont has an iOS app for iPhone, iPod touch and iPad which allows user to snap and capture an image of the font to submit to font identification service instantly. Ability to take photo of font is useful when wants to identify fonts used on offline printed publications such as magazines, books, newspapers, posters, billboards, name cards, and etc. Uploading of existing photos saved on Photo Library of iPhone, iPad and iPod touch is also supported. 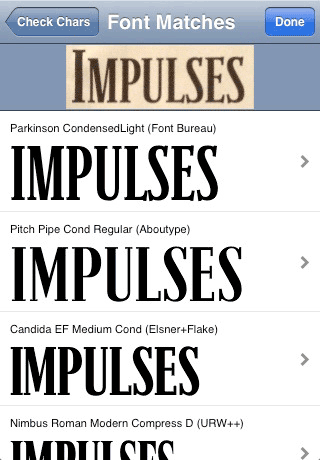 Usage of WhatTheFont iPhone, iPod touch and iPad app is similar to its web-based version. After image is submitted and uploaded, user needs to check check characters that are identified are indeed correct before fonts matched are shown. The app works through both Wi-Fi or mobile data networks.

For people who wants to identify the web font used on web page or website, without having to dig through the complicated CSS and HTML code, WhatFont is an useful tool that enable user to identify and know the font used when hovering over the text.

WhatFont is available as a bookmarklet for IE, Firefox, Opera, Safari, and as extension for Chrome. When activated activated by clicking on bookmarklet or WhatFont button on Chrome, it can display font type used by particular text on the web page by place the mouse to hover over the text. User can click on the text to pin a small box that displays more information on font family, font style, font size, font weight and font height of the text.

WhatFont Bookmarklet (for any browser except Google Chrome)

As WhatFont is analyzing content of HTML text, the accuracy of the font used is more accurate. However, it does not work on image, despite it says result “may be” inaccurate on image, as it only identify font used as defined in CSS for text enclosed within the class or ID without actually processing the image.