How to Unlock and Run Moorea (Montage) in Office 15 M2

Posted: May 28, 2011/Under: Operating Systems/By: My Digital Life Editorial Team

Moorea is one new application in Office 15, the next version of Office productivity suite which likely to be named as Office 2012 as it’s speculated to be released in 2012. The actual final functionality and features of Moorea remains a mystery. Moorea shows “everything you need in one place” in its splash screen, and saves the work as Montage with a .mon.html file extension. If we take “montage” at its dictionary definition, Moorea will allow uses to combine into a single composition pictorial elements from various sources. From its initial usage, Moorea looks like enable creation of interactive documents and pictures collage. 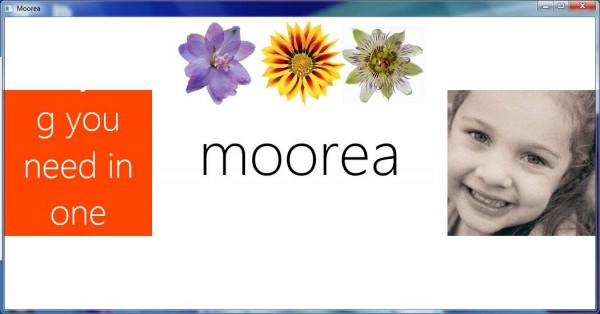 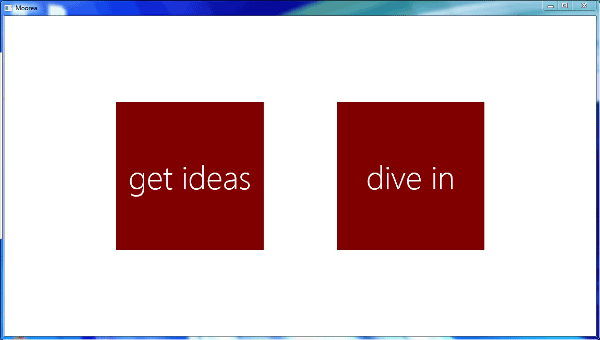 After splash screen, user is presented with a main screen to either “get ideas” to browse through templates of montages available, or “dive in” to get to work on the “montage”. 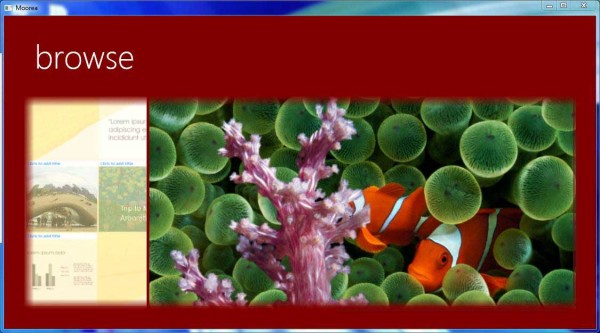 A few “ideas”, more like templates or examples of “montages” presented when clicking on “get ideas”.

Moorea has a tile-based user interface with Metro UI elements. It allows users to add pictures, images, photos, documents, and text as content of tiles. Each tiles can contain more than one objects, and the tile will auto rotate the previews of all photos and documents in a slideshow manner. User can adjust the preview part for large documents or images, and it’s also possible span the picture, document or text across more than one tiles, horizontally and vertically. 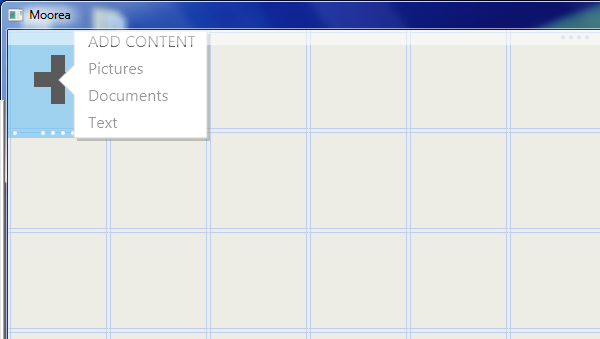 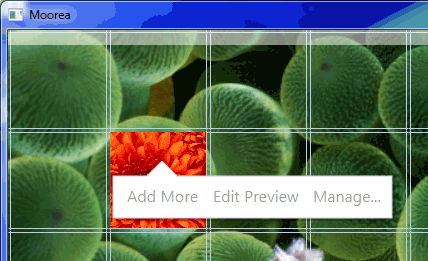 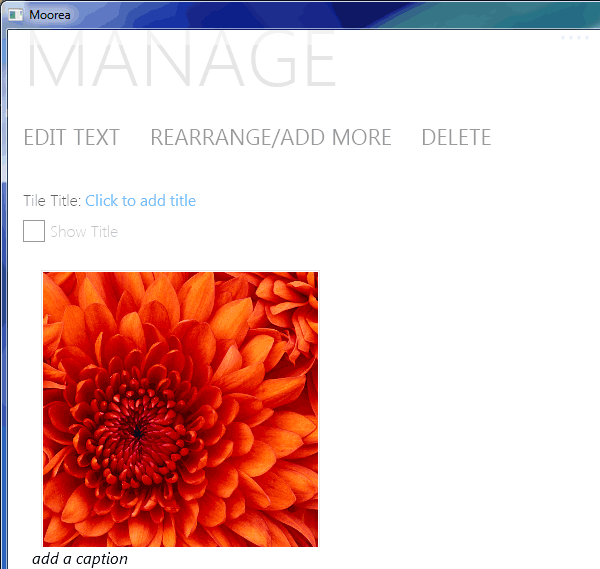 Other than ability to add text to individual tile, tiles containing other non-text objects can have Tile Title, and the pictures and documents can have their own caption. 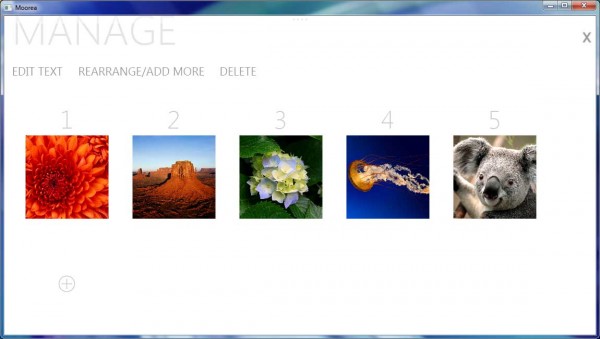 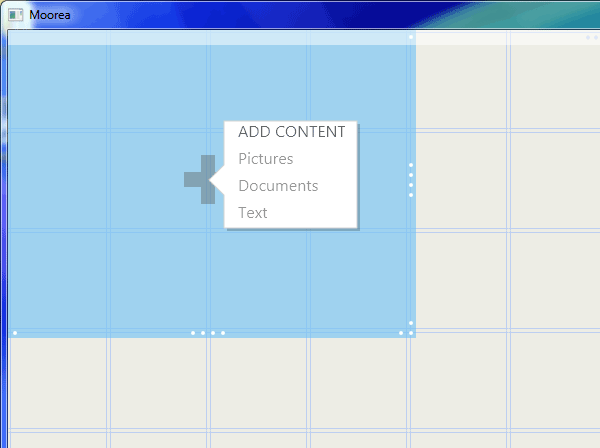 The main strength and advantage of Moorea is probably the built-in slideshow and collage generating mechanism. Users just need to add in contents in the form of supported file types such as pictures, documents and text, and Moorea will present it nicely in intuitive and responsive format. 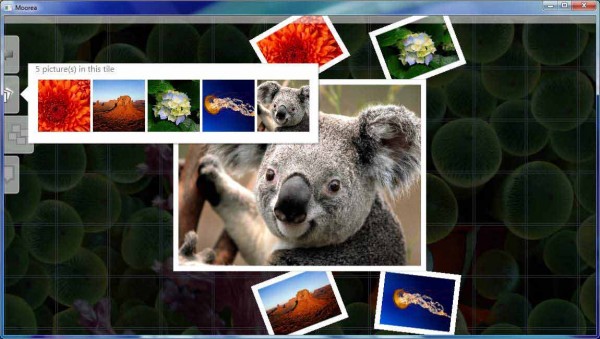 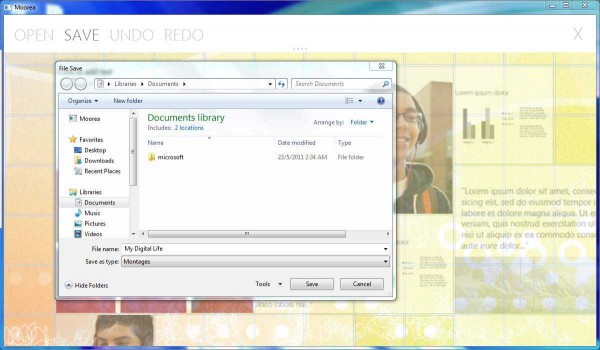 Reveal the menu bar to save montage, or open existing montage and perform undo redo changes. The montage saved is in web-enabled HTML format, and can be played with any web browser without Moorea.

With the early development build of Office 15 M2 Build 15.0.2703.1000 leaked, it’s now possible to experience Moorea, though the application program is still a work in progress, and probably many functionality has yet to be added.

Firstly, to dispel the myth. Moorea is not “locked” in the leaked Office 15 M2. It’s not added to Start Menu (from its functionality, it may be supplement program for PowerPoint, Publisher and OneNote), but the program is available in Office 15 program directory unlocked.

Secondly, it’s important to understand that the leaked Office 15 is delivered via Click-to-Run (C2R) technology, which in turn based on Microsoft App-V (SoftGrid) virtualization and streaming technology. Though Click-to-Run does not get its Office deployment from its remote virtual application server, it still depends on a virtualization client to launch Office program files which located in virtual file system on a logical drive which normally named as drive Q (or drive R). The virtual file system separates Office from the regular file system and applications on your hard disk, allowing Office 15 Click-to-Run coexist side-by-side with any existing version of Office that is already installed on your computer.

That’s why you will notice the installation of Office 15 Pre-Beta via C2R is lightning fast. And you won’t find the Office 15 C2R program files in the typical “Program Files” folder in C drive. If you browse to Q drive (or R drive if the Q drive letter already been taken up), all the Office 15 program files are stored on the virtual drive.

The Moorea executable, Montage.exe is located on Q drive too. But the program on Q drive cannot be executed to run directly as after all, it’s for execution on virtualized environment via App-V client. Direct execution will cause the app to crash and stop working.

Thus, in order run Moorea, the program has to be ran by an app launched named CVH.exe, which is Microsoft Office Client Virtualization Handler. Use the following trick to run Moorea in proper. No additional hack is required to unlock and enable Moorea.

On Desktop (or Start Menu or any location you prefer), right click and select New -> Shortcut to create a new shortcut.

When asked to enter location of the item or Target, enter the following: 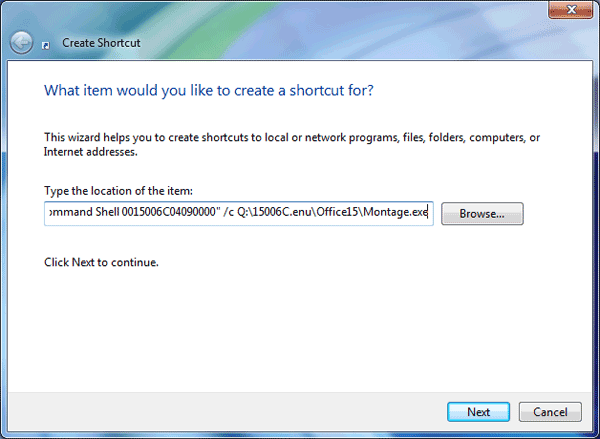 Enter your preferred name for the Moorea program, i.e. Moorea, and click on Finish to create the shortcut. 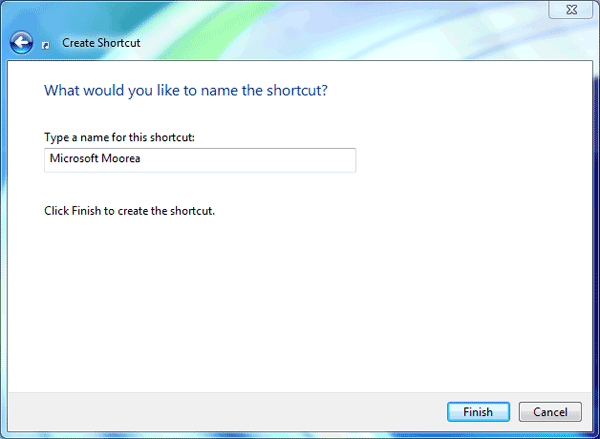 The shortcut should automatically put in the following folder as value for Start In. If not, manually enter it. 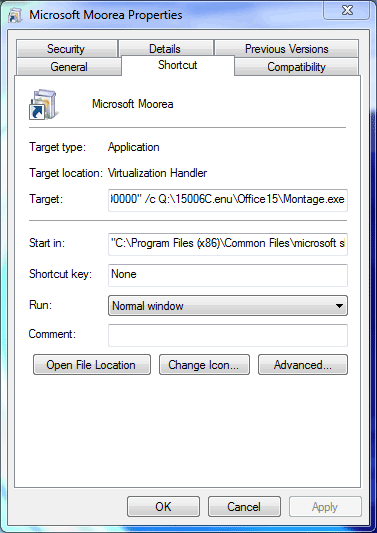