HTC Corporation has announced its first Windows phone to embody HTC Sense, named as HTC HD2 (previously leaked as HTC Leo), which packs a large, high-resolution 4.3-inch capacitive touch display to zoom in and out of emails, documents and pictures with just a simple pinch of your fingers, as well as browse through emails or web pages with the lightest touch. 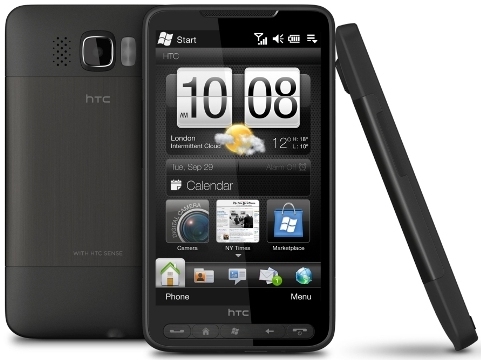 “At HTC we believe that the best things in life should be experienced, not explained. HTC Sense is based on this principle by making the phone more simple and natural to use and by enabling people to personalise their mobile experience in their own unique way,” commented Peter Chou, CEO for HTC Corporation. With HTC Sense, the HTC HD2 melds the power and flexibility of the Windows platform with the most advanced phone we’ve ever created.”

“HTC has a long history of innovation with Windows Mobile, shipping millions of devices over the years in a wide range of designs,” said Andy Lees, senior vice president for Mobile Communication Business of Microsoft Corp. “The HTC HD2 Windows phone breaks new ground with its responsive, touch screen.”

The new ultra thin HTC HD2 Windows phone which measures 4.74 x 0.43 x 2.64 inches and weighs in at 5.54 ounces (with battery) is expected to be available later this month with selected operators across Europe, and expands to other regions in the coming months, but no words on pricing as yet.