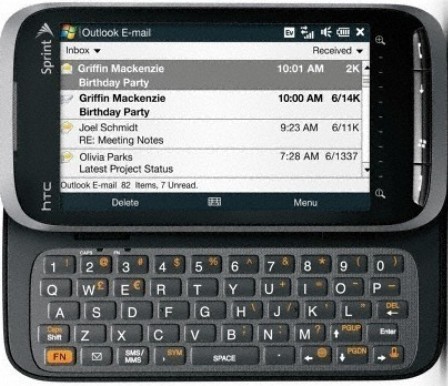 “More than ever, today’s wireless customers expect to stay productive whether they are on the road or in the office,” said Kevin Packingham, senior vice president – Product Development for Sprint. “HTC Touch Pro2 on America’s most dependable 3G network1 makes that a reality. And with Sprint’s Simply Everything plans, which include voice minutes, messaging and data for one low price, we let customers focus on all their phone can deliver.”

“Unlike devices that focus solely on specifications, HTC Touch Pro2 was designed with the philosophy that people should be at the center of the communications experience,” said Jason Mackenzie, vice president for HTC America. “So, instead of having to search through multiple applications to find a specific message, HTC Touch Pro2 intuitively organizes all communications, whether voice, text or e-mail, under a single contact card.”